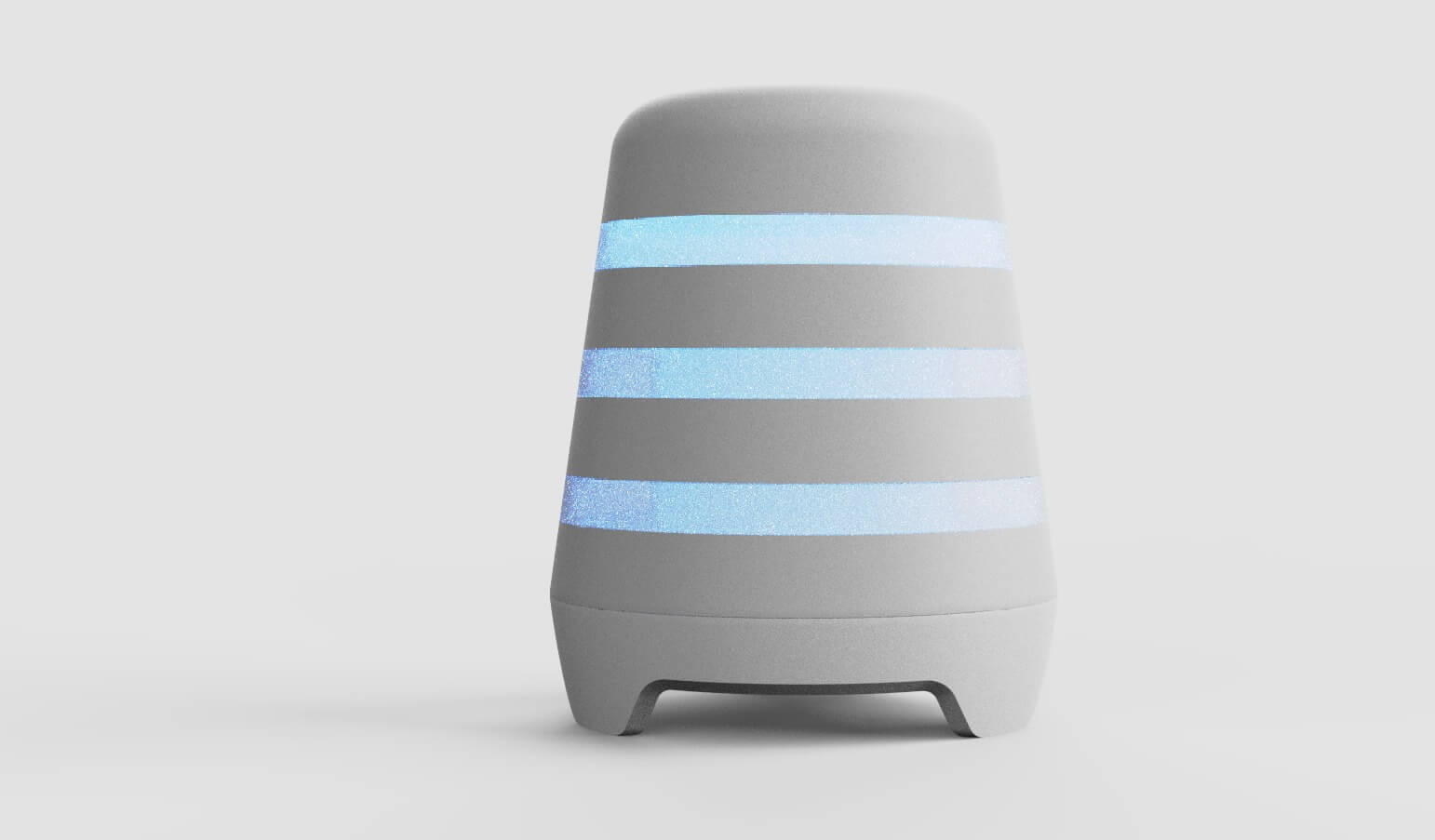 In the project, I designed and created a 3D-printed object which lights up when the tones in the conversation rise, providing visual feedback using LED stripes.

The object can operate in various environments, including public and private spaces. Although it is possible to adjust the decibel level that triggers the feedback to the noise level in a given space, the object cannot tell whether the rising tones are “positive” or “negative”.

In the design process, I have drawn inspiration from daily objects placed on tables, including lamps, vases, and boxes, as well as from technological objects that are designed to be placed on tables, such as Alexa and Google Home.

I based my work on a variety of studies in the Human-Computer Interaction filed, which relate to behavior reflection, interaction mediation, and the introduction of technological objects into human interaction. Rifinski et al. (2021) found that a leaning gesture of a robotic object toward the speaker in a conversation with multiple participants led to a positive evaluation of the speaker by the participants. Another study found that a robot that says “Stop, I see a conflict happening” when a conflict is identified during a game enables children to resolve the conflict (Shen et al., 2018).

In my project, I seek to contribute to this literature by examining how a visual indication of rising tones in a conversation may affect the course of the interaction. 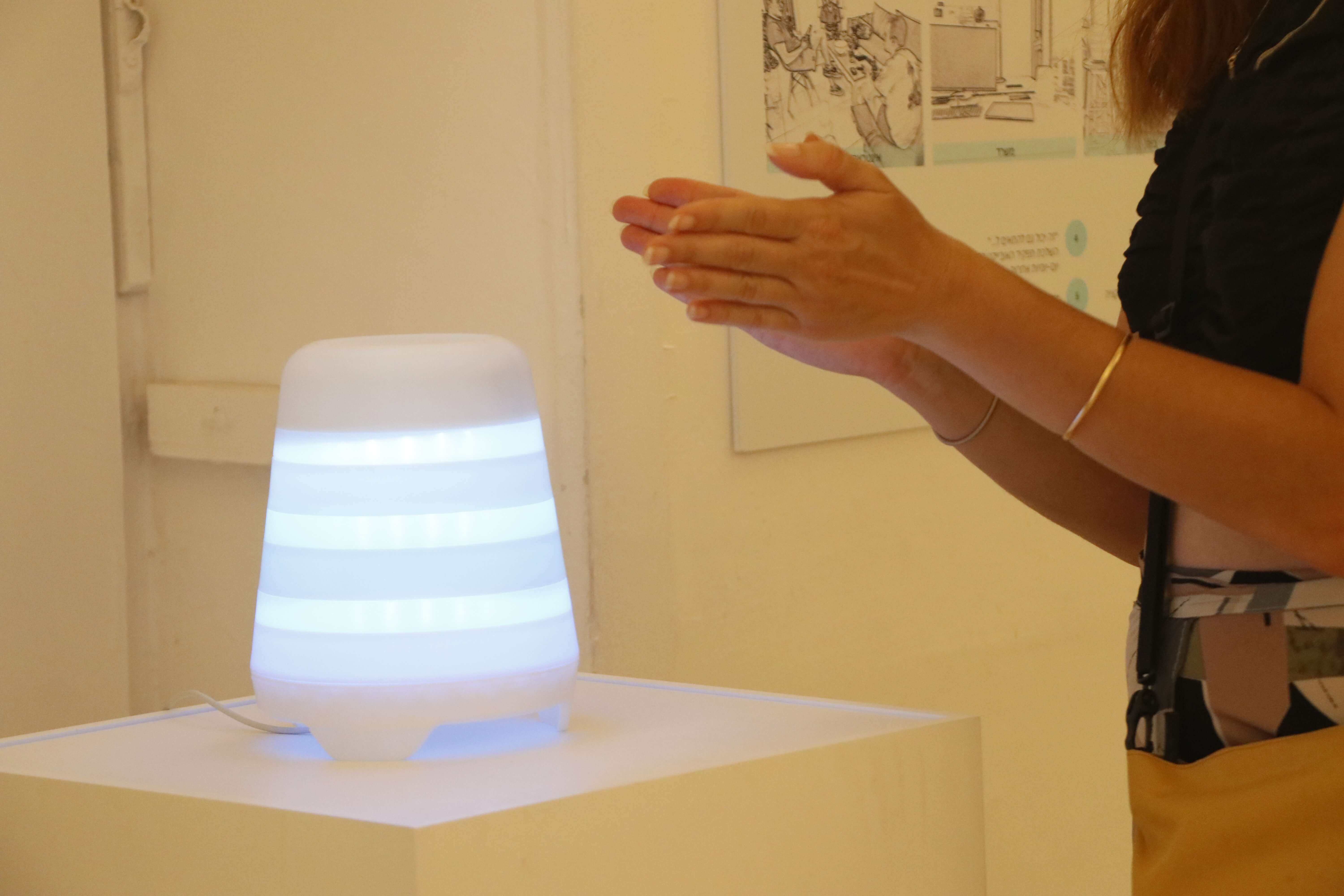 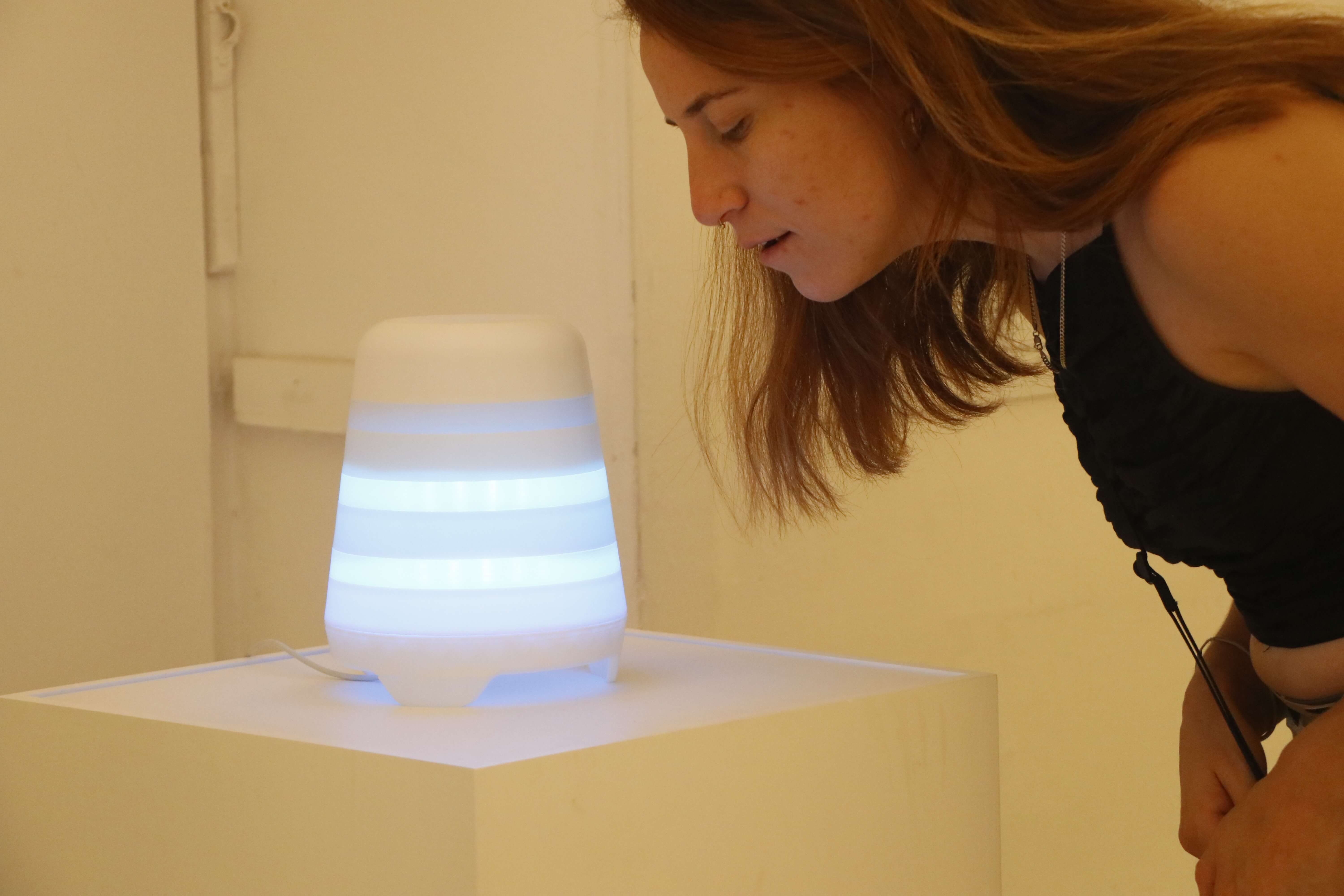 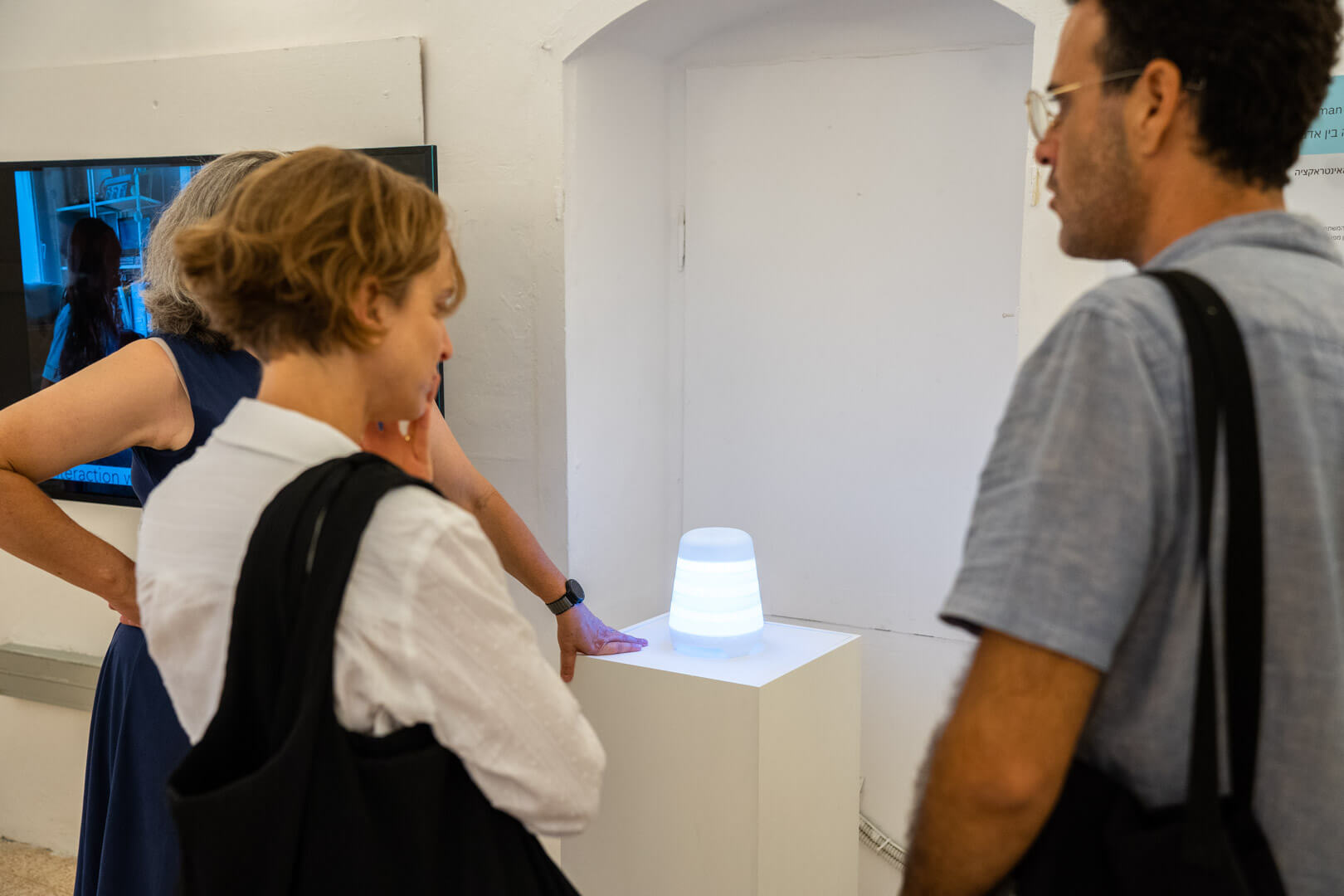 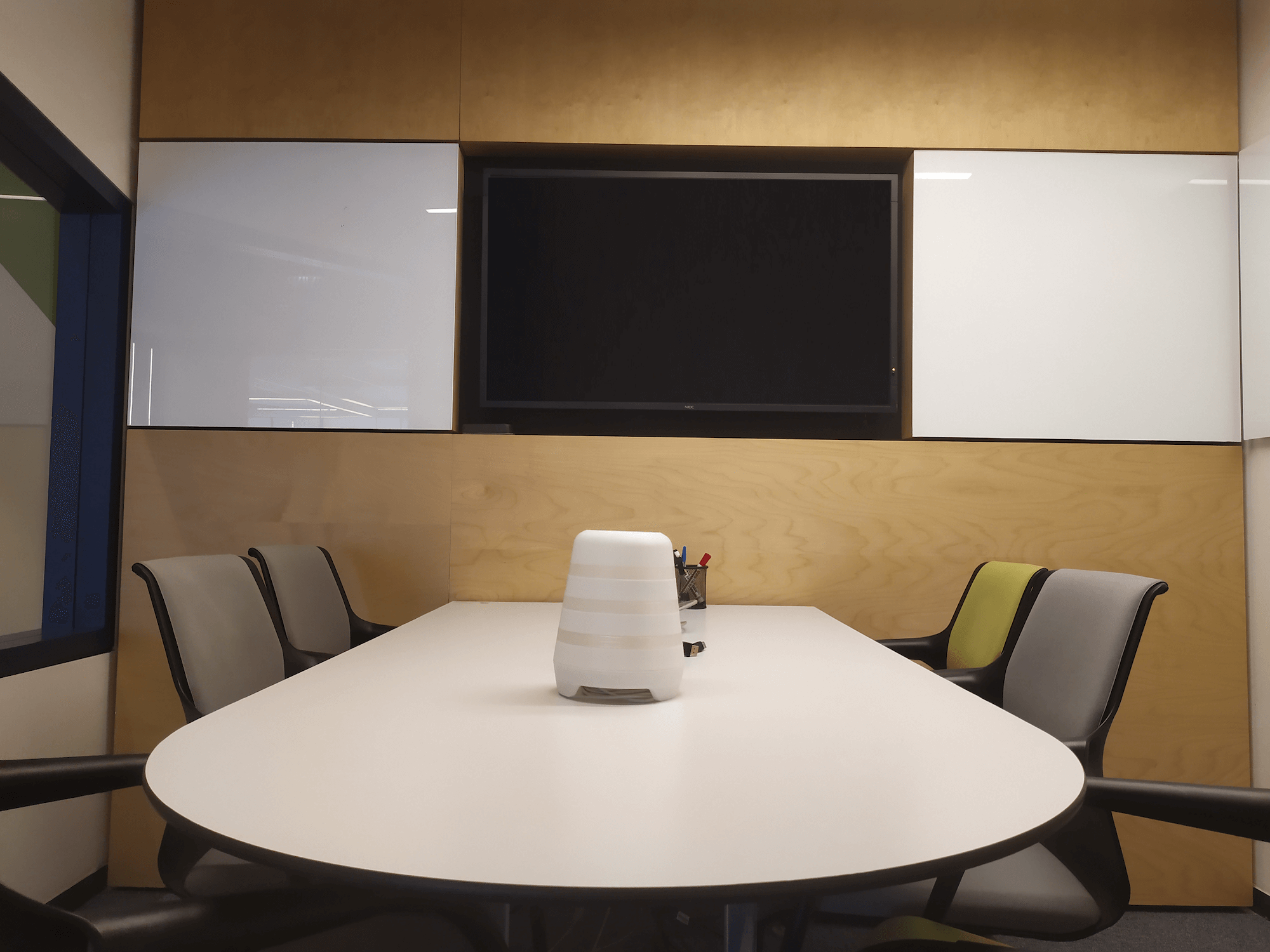 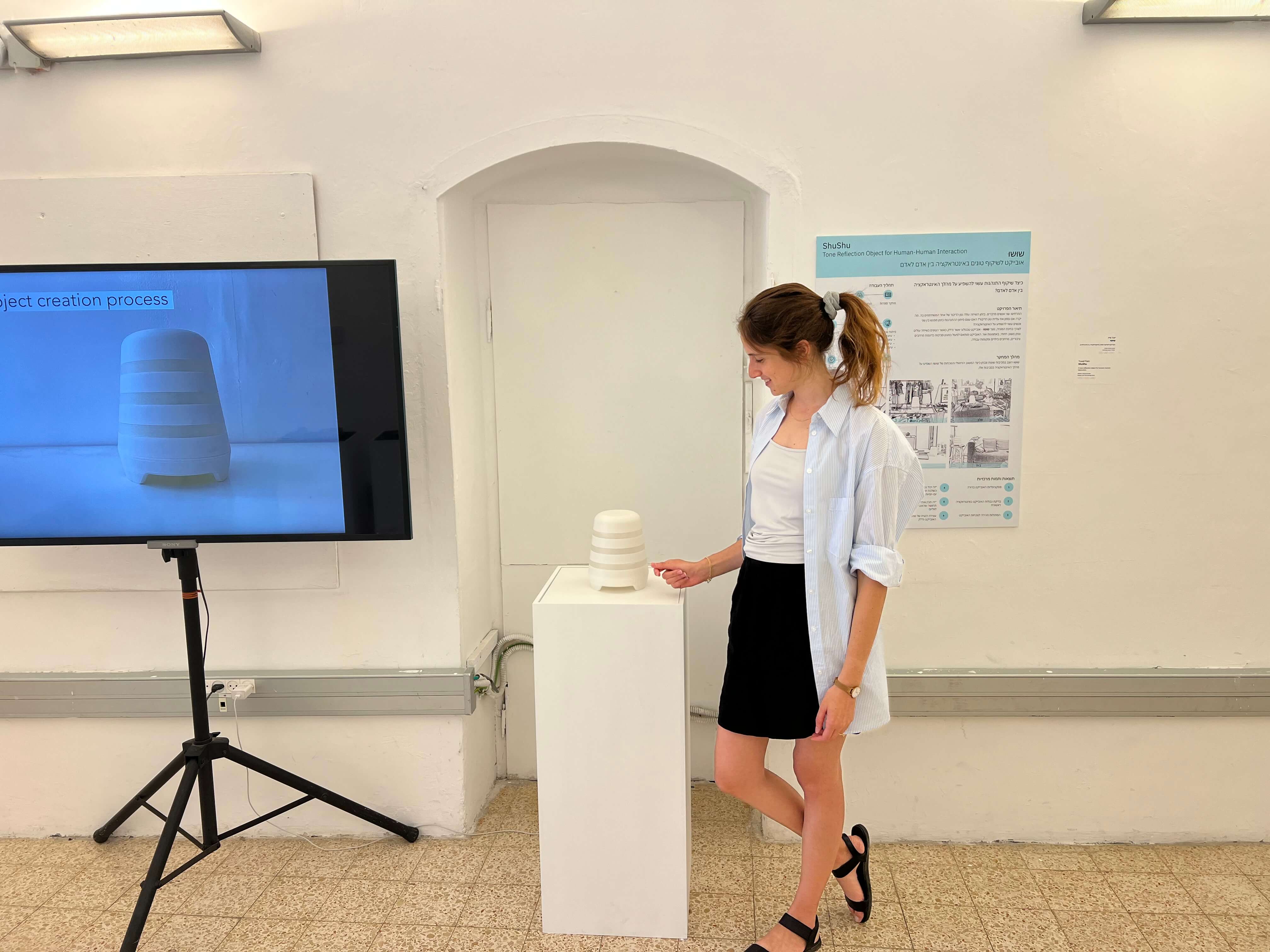 Yuval Fein is a user experience designer and researcher, graduate of the Department of Communication and Human-Computer Interaction at Reichman University, and the M.Des program in Design and Technology at Bezalel. Yuval specializes in designing complex systems using design thinking and user-centered design methodologies. Her works deal with the research and design of interaction between humans and digital and physical interfaces, emphasizing the human-social aspect arising from those interactions.