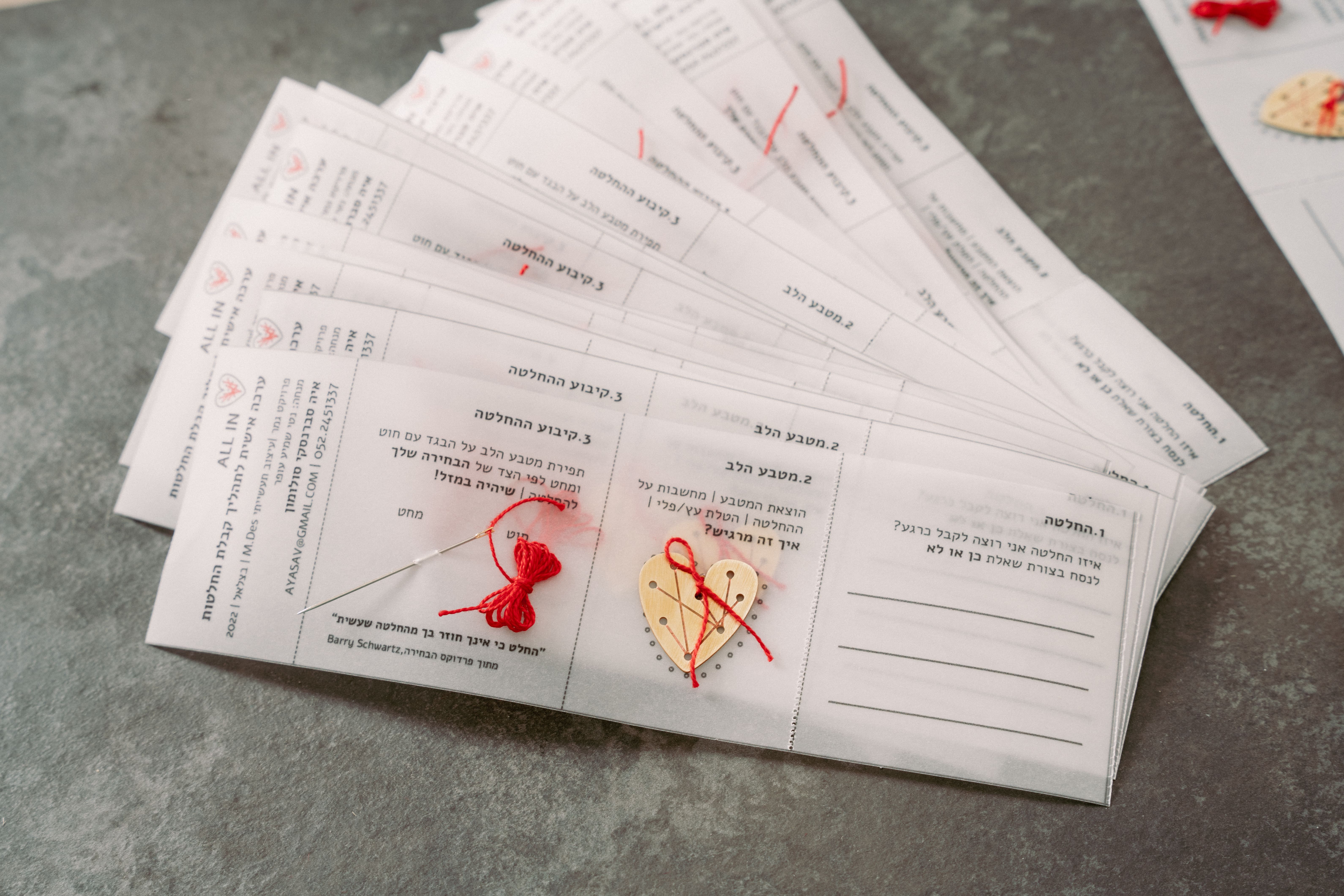 This is where decisions are made! A participatory process that helps identify intuitions and highlights the choices we have made.

It’s so hard for me to decide. Which time should I set the alarm clock to, what to where, should I take my coffee now? And also, what to study, where to work? Before I decided I wanted to get married, I spent long years in the relationship. Like everyone, I must make countless decisions every day. Is there a good and rational method that can help me? I’ve tried a few: I’ve made up lists of advantages and disadvantages, wrote various scripts, analyzed characteristics. I’ve learned that what is needed is to "understand the logic of irrationality, as described by behavioral economics researcher Dan Ariely, as the starting point for making decisions that improve our lives.

Apparently, emotion is a central element in making decisions, and reducing the number of choices is essential to the process. Using the coin-tossing method, I’ve managed to understand how I feel: whether I’m pleased with or disappointed by the outcome, happy or sad. I’ve learned from studies, such as Jaffé et al. (2019), that flipping a coin arouses emotional responses and enhances your ability to know what you really want.

Given my interest in that decision-making moment, and in the role played by emotion in it, I joined together the ancient decision-making instrument of the coin and a new technology based on machine learning, which identifies emotions such as happiness, sadness, or neutrality based on facial features. What’s important is not the outcome of the coin toss, but what we feel about it.

I created a series of heads-or-tails coins made of brass. Their changing shape is designed according to the principles of facial recognition technology, which marks points from the eyebrow lines to the cheek contour and down to the chin. According to the facial structure, a shape is formed that is reminiscent of a heart icon.

The decision-making moment is the moment of giving up on other options. By manually sewing the heart coin to my clothing, I reinforce my decision. Good luck! 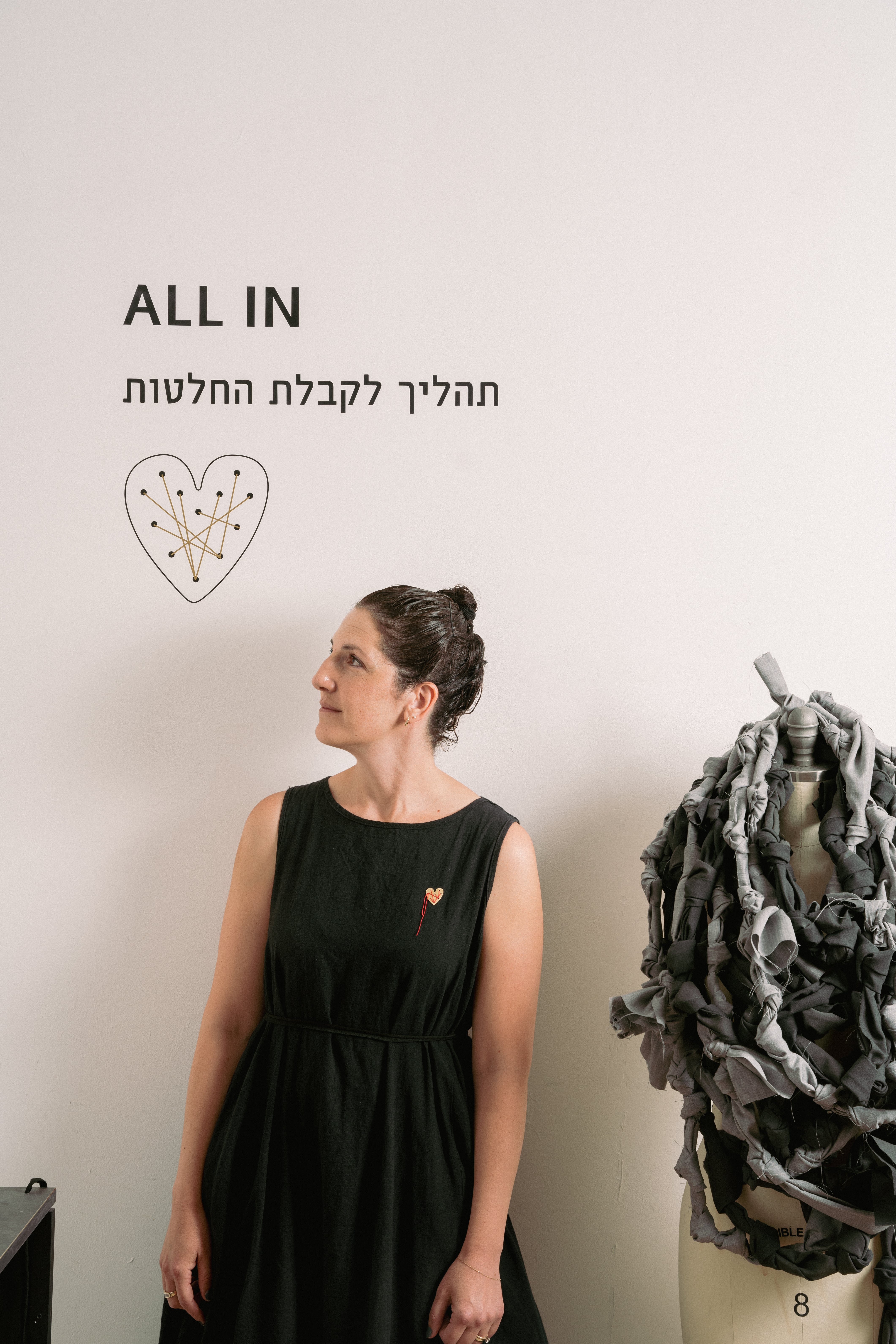 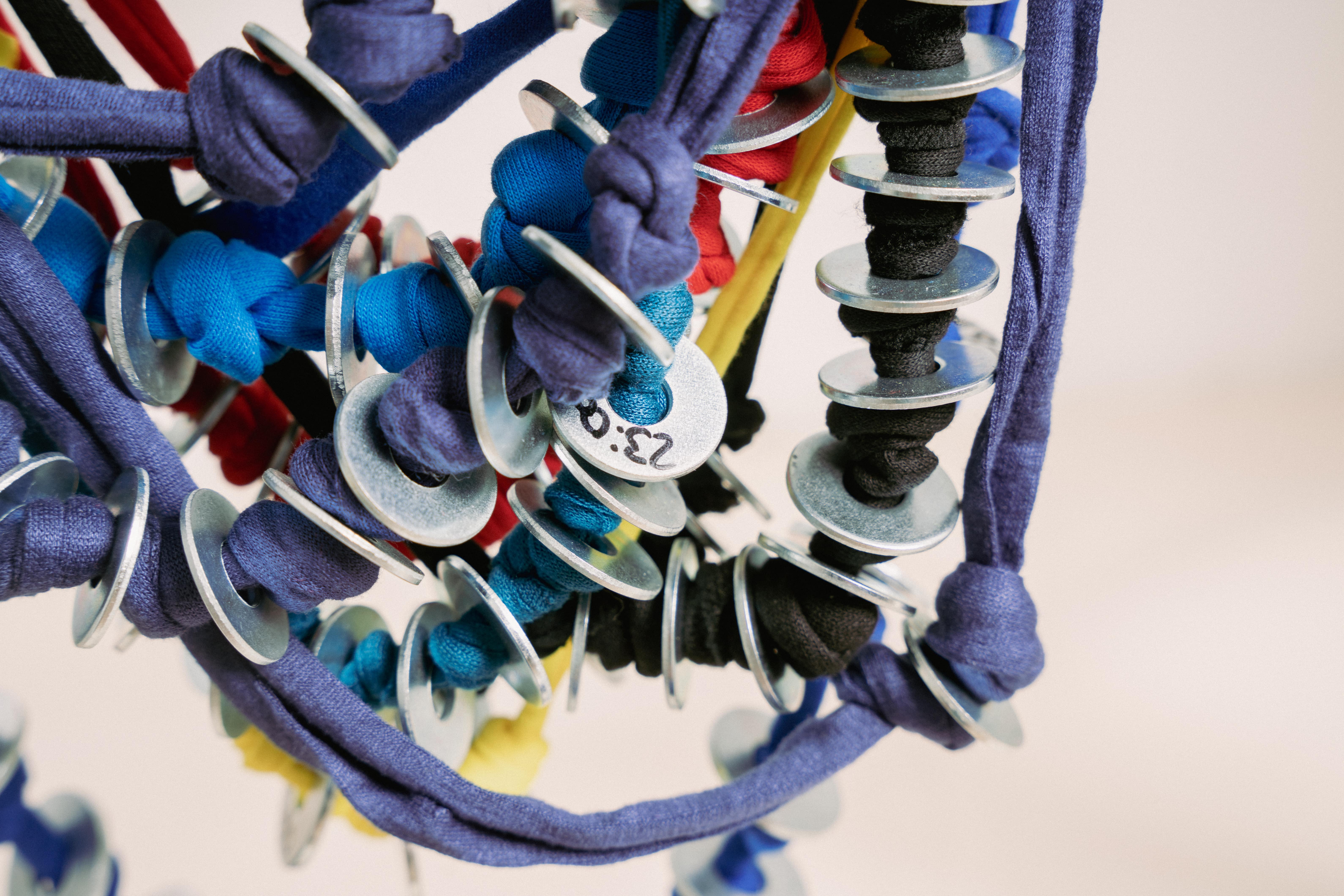 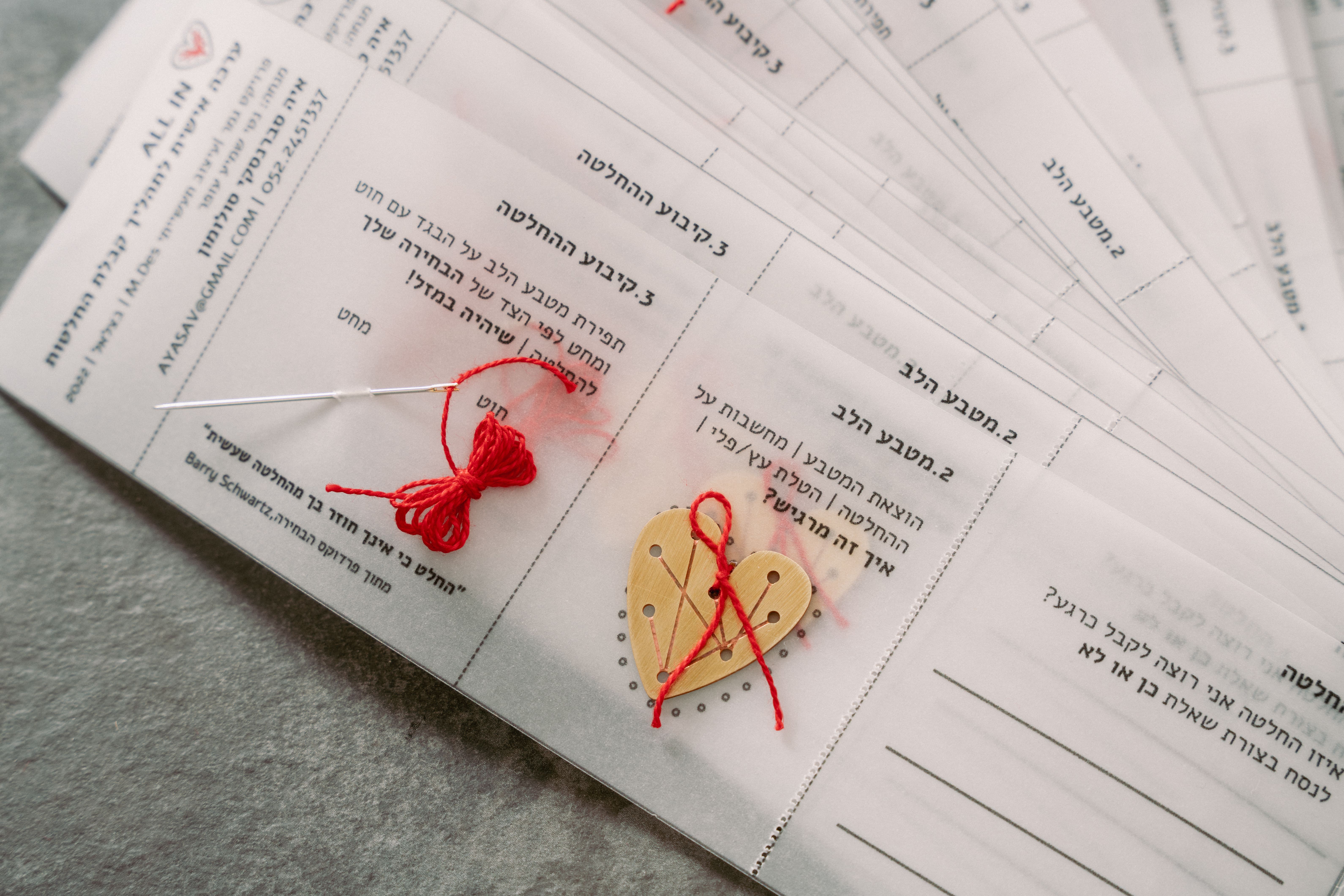 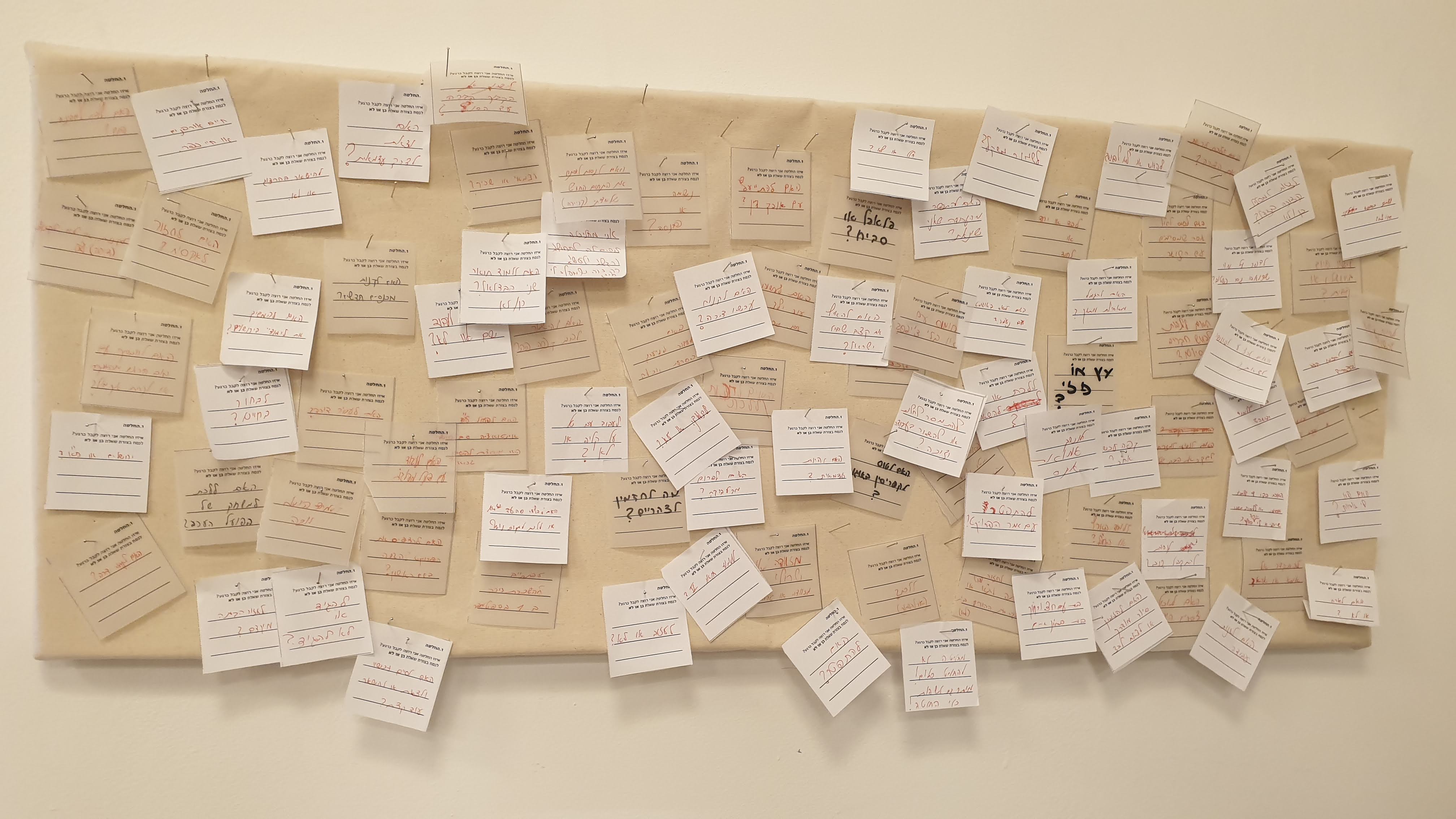 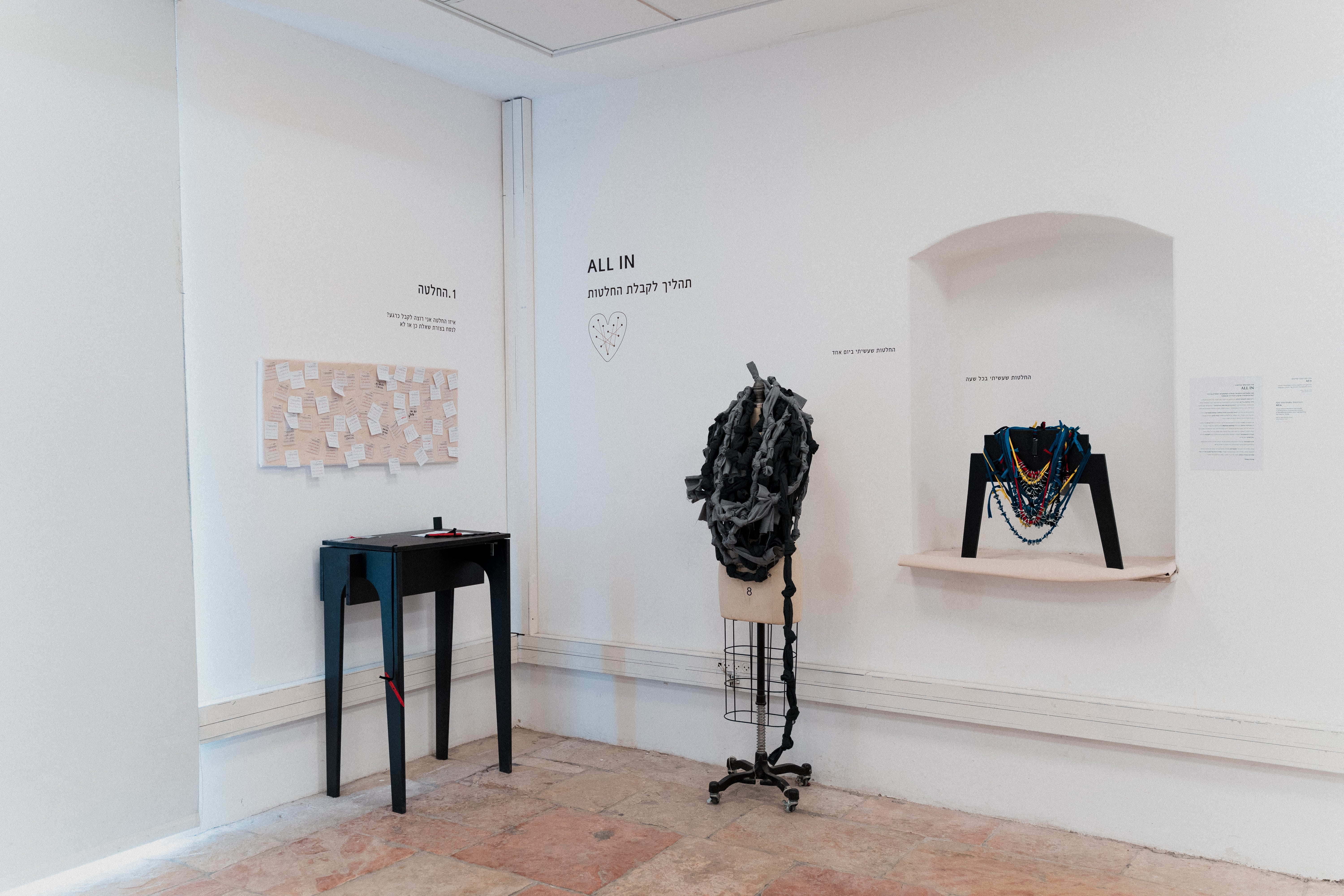 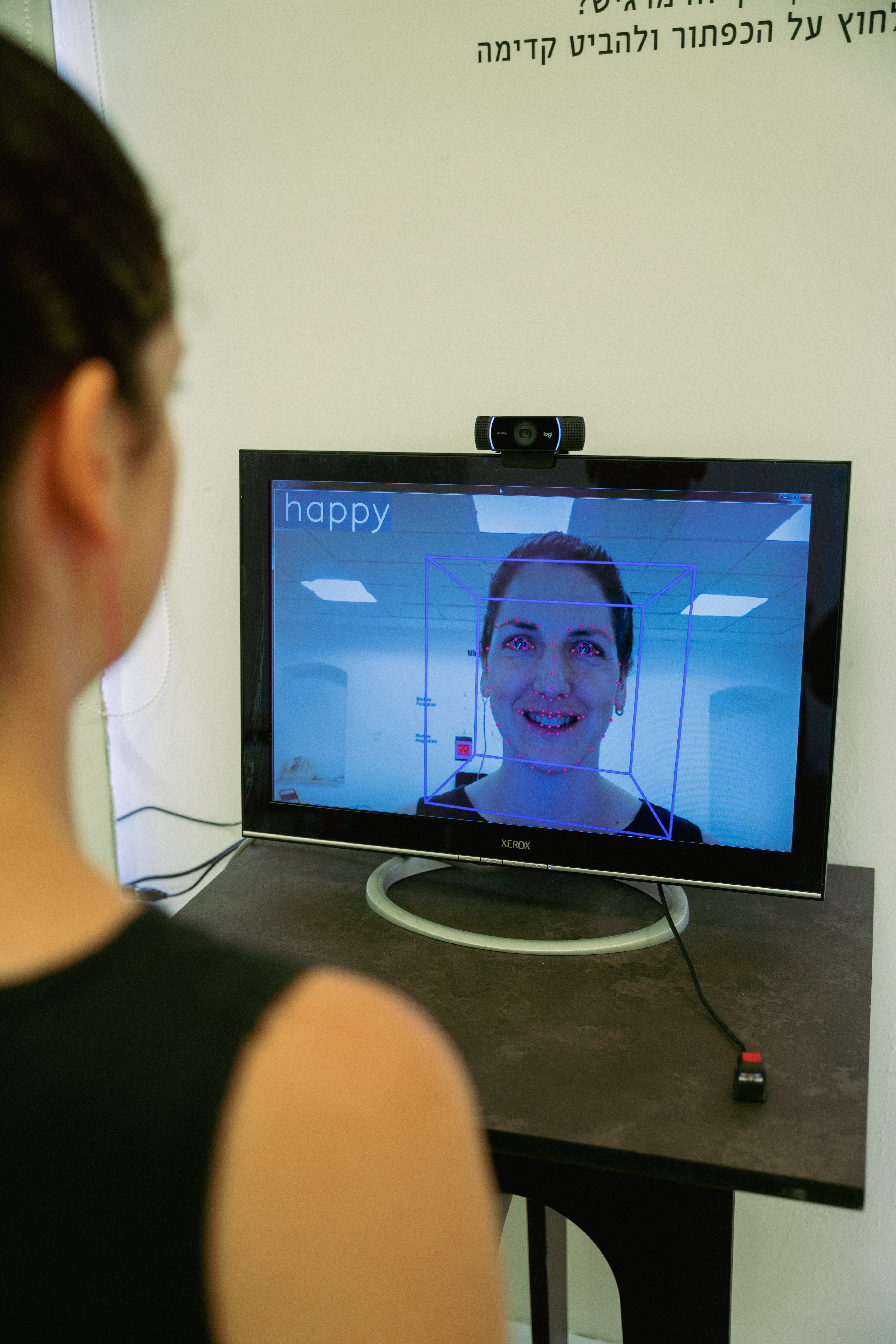 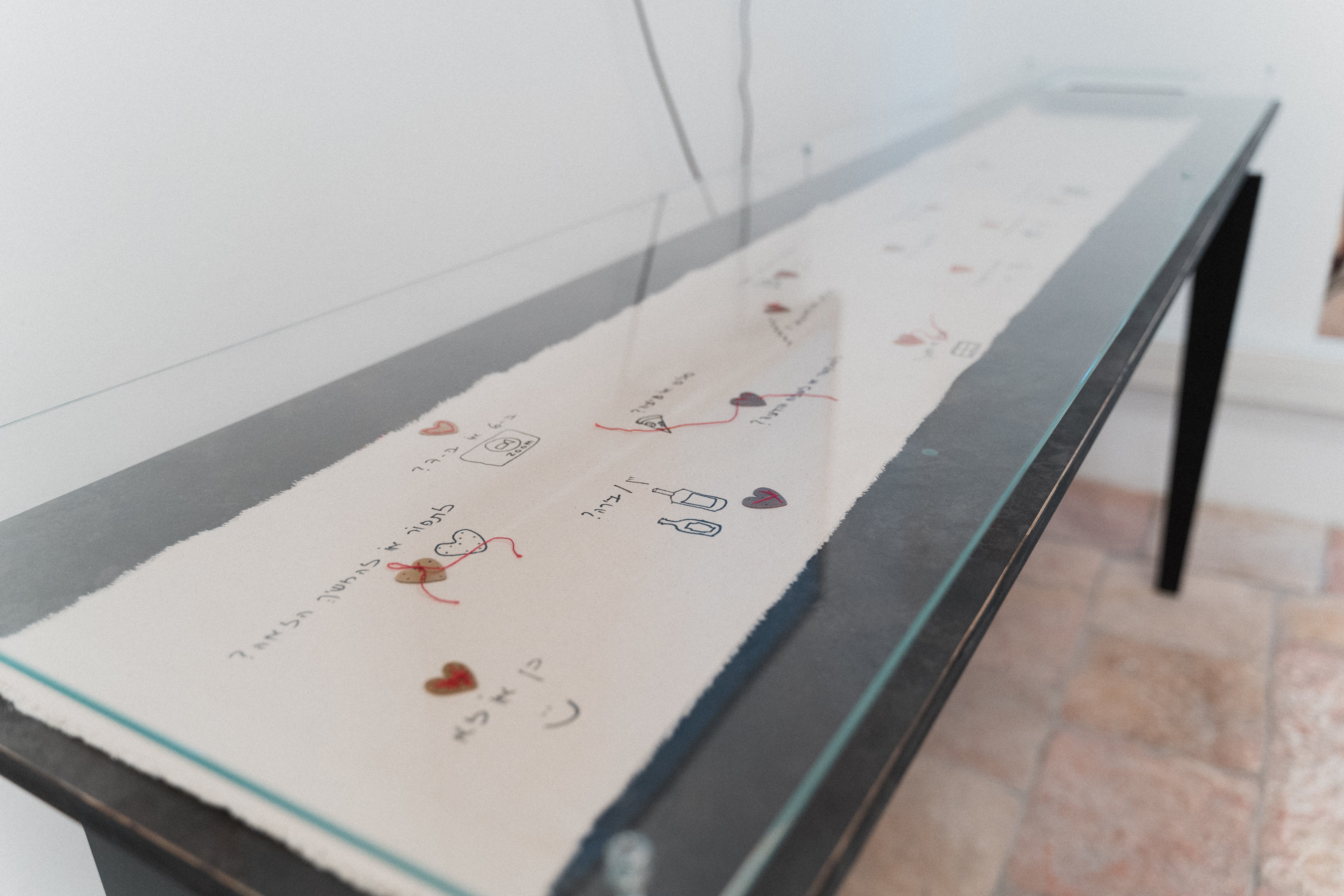 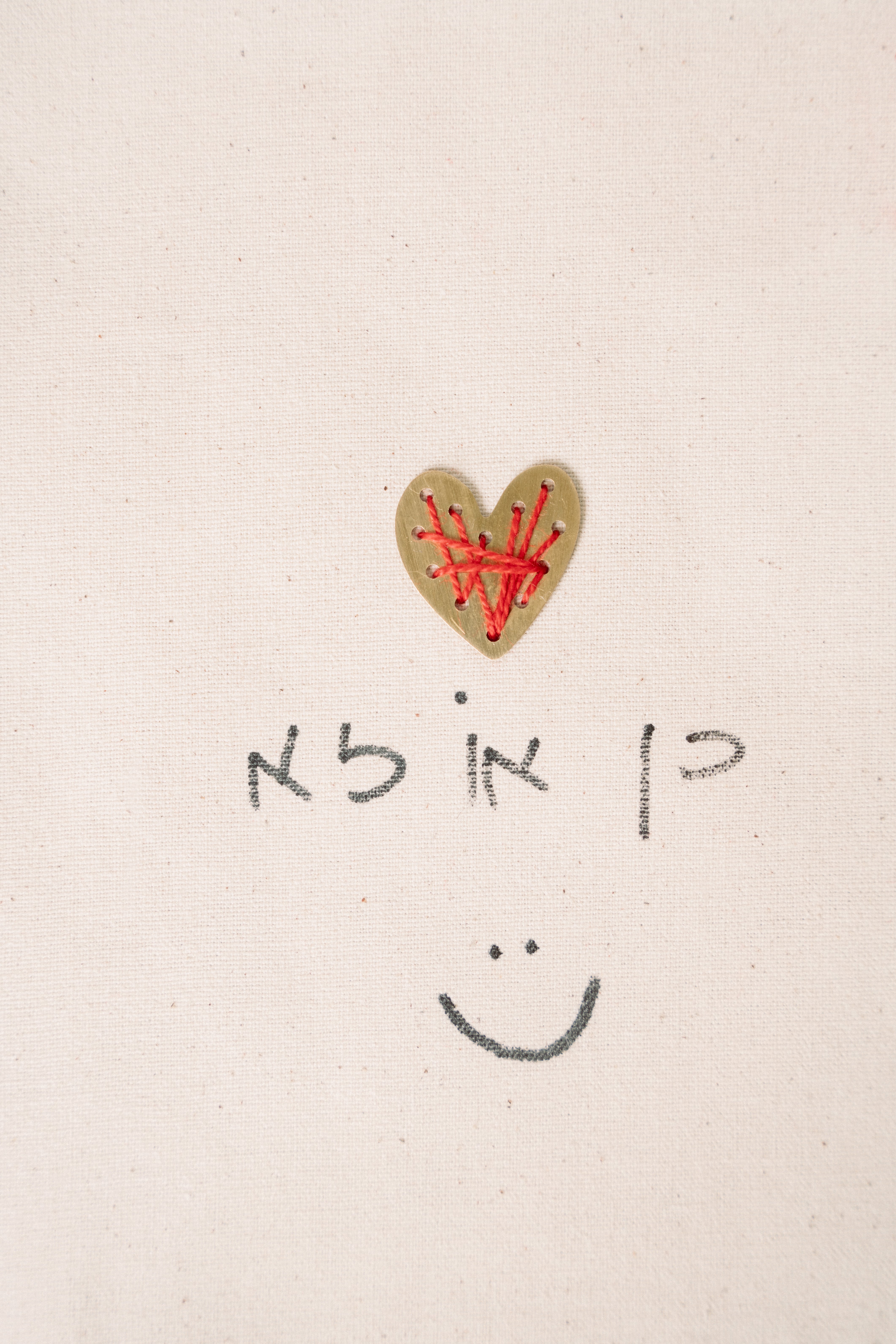 Aya Savransky Solomon is a creative designer. She has a BFA from the Bezalel Department of Jewelry and Fashion (with two honorary awards), and an M.Des in industrial design (“About Design” track). In her works, she explores cultures, and social, environmental, political and economic processes through the body’s environment. Her works emphasize the user experience and examine emotional processes by asking questions through the design field and combining physical objects and advanced technologies. Aya teaches at the Bezalel Department of Jewelry and Fashion and has extensive experience as a fashion designer in commercial fashion companies, product design and development, graphic design, trend research and analysis, work with foreign suppliers, developing cuts, sewing, pattern making and draping.